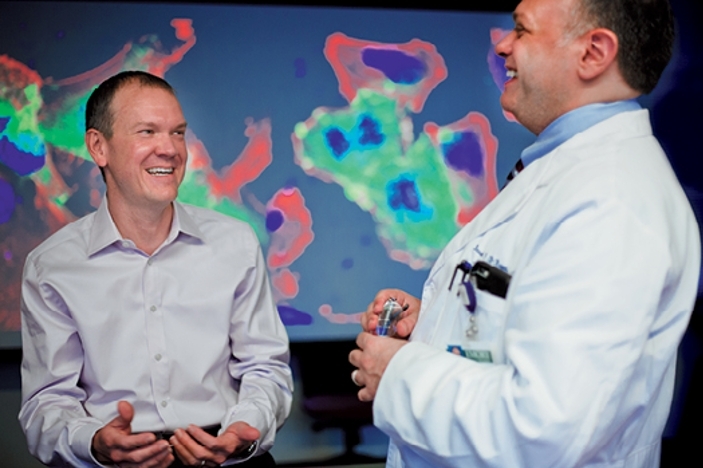 As both physician and researcher, Bassel El-Rayes (right) has been connecting the dots, from lab research to clinical trials and a treatment that has led to Denis Brosnan's remission. 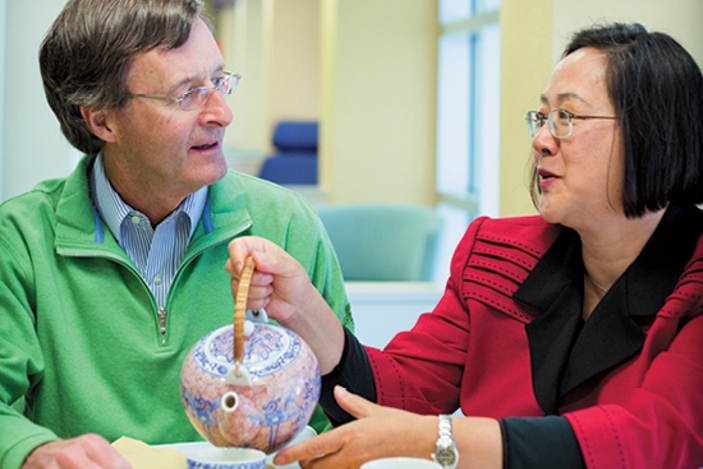 Georgia Chen (right) grew up hearing "drink more tea!" So she was thrilled when green tea showed potential as a preventive agent. 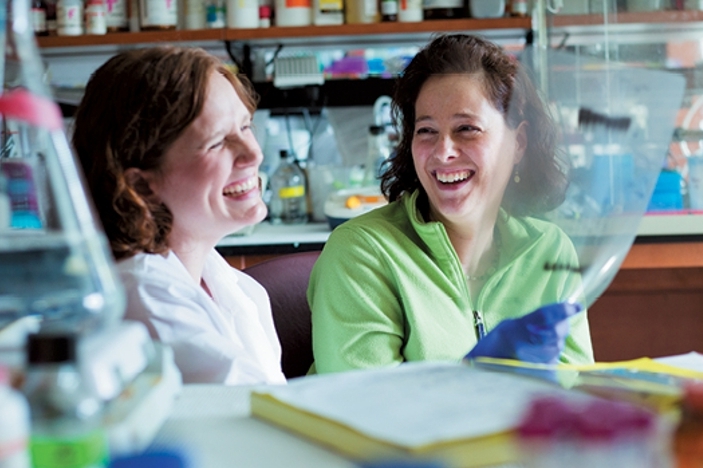 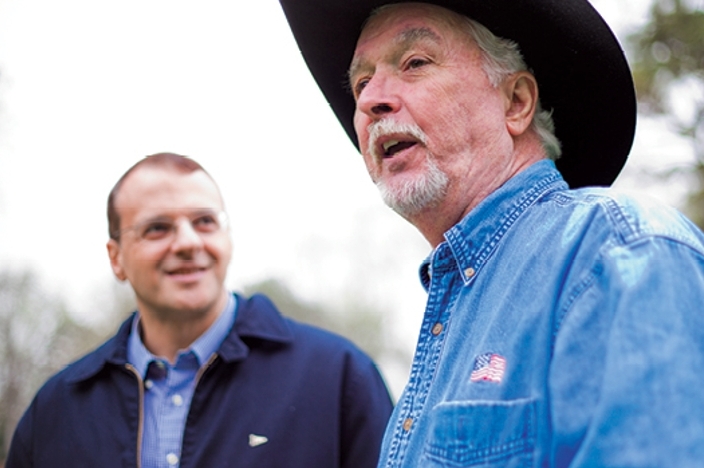 While Alan Massey (right) describes the natural beauty of Montana, Nabil Saba describes the beauty of using his body’s natural defenses to attack and help shrink the tumors.

Winship Cancer Institute's Director of Phase I Clinical Trials, Dr. Donald Harvey explains why clinical trials are so important and what patients need to consider before enrolling.

When fighting lung cancer, every battle is personal Nov. 14, 2014

The unique layout of the Winship Cancer Institute at Emory University, with three floors of patient clinics and three floors of research labs, brings scientists face to face with those who benefit from their research: cancer patients. Patients participating in clinical trial know their treatments come from scientific discoveries, but they usually don't get a chance to meet the researchers who make those discoveries. Recently the producers of Emory Winship magazine set out to bring them together.

Denis Brosnan, a businessman and educator, believes in the power of academic research to unlock the mysteries of cancer. Diagnosed with colorectal cancer in 2014, Brosnan did his own research to find an alternative to the standard of care offered to him at another cancer center. He found it with a Phase I clinical trial designed by Bassel El-Rayes.

The cutting edge therapy started in a Winship lab with the discovery that blocking a specific protein in colorectal cancer cells can make them sensitive to the effects of standard treatments, like radiation and chemotherapy. That led to successful animal model experiments and then to a clinical trial. Brosnan was one of the first patients to enroll.

As both physician and researcher, El-Rayes has been connecting the dots, from lab research to clinical trials and a treatment that has led to Brosnan's remission.

The Power of Green Tea

Georgia Chen, a molecular scientist dedicated to developing new anticancer drugs, says she grew up in China hearing "drink more tea!" She was thrilled when green tea showed potential as a preventive agent. Chen collaborated with Dong Moon Shin, Nabil Saba, and others in developing a treatment combining a green tea extract with erlotinib, a drug that blocks the protein that signals head and neck cancer cells to grow.

The Phase I trial that Winship launched from this research was good timing for Brian Henry, who had already battled squamous cell cancer of the head and neck twice. When Henry found another white spot in his throat last year, doctors determined it was precancerous and recommended him for Winship's chemoprevention trial.

Henry takes pills containing green tea extract and erlotinib. Over a cup of tea, Chen explained how the synergy of the two components prevents his tumor cells from growing.

For Deana Chiusano, a discovery in Larry Boise's multiple myeloma lab led to enrollment on a trial that has transformed her battle with the disease. A drug known as ABT-199 has been effective against certain types of leukemia and lymphoma. Boise hypothesized that ABT-199 also could work for myeloma patients with a specific chromosomal translocation (the transfer of one part of a chromosome to another).

Researcher Shannon Matulis tested the hypothesis when Chiusano donated her bone marrow cells for research. Although Matulis didn't know whose cells she was testing, she clearly

saw they were sensitive to the drug. Chiusano lives in Pittsburgh but travels to Atlanta every three weeks for a Phase I trial. After years of treatments elsewhere with minimal response, Chiusano has seen dramatic improvement with this tailored therapy.

"I should have been born on a ranch," says Alan Massey, a head and neck cancer patient who calls himself a misplaced cowboy.

Nabil Saba sees patients and leads several clinical trials, so a walk in Lullwater Preserve with Massey is a welcome break.

Massey and Saba share a love of nature. They also share an appreciation for the cancer-fighting potential of immunotherapy. Massey's metastasized cancer demanded a comprehensive approach, so he started a trial that combines standard chemotherapy and a monoclonal antibody with a new drug that acts on a protein to stimulate certain parts of the immune system.

That was over a year ago, and Massey has been treated at Winship nearly every Friday since then.

Alan Massey is looking forward to the day when he and his wife can move to a small farm they own in Montana.