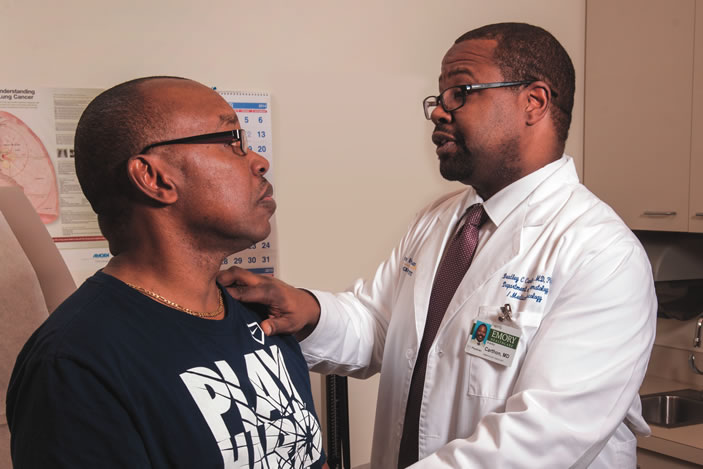 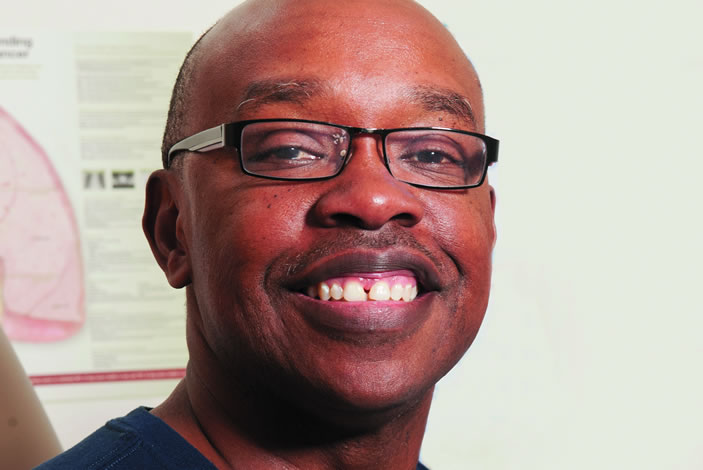 A former Air Force surgical service specialist, Gerald Alexander was preparing to retire from the military and make a transition to civilian job when he was diagnosed with prostate cancer. Conflicting opinions on treatment led him to Winship Cancer Institute. 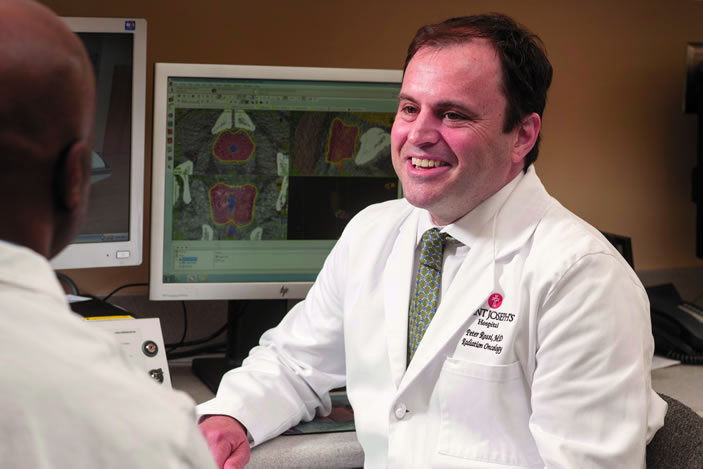 Radiation oncologist Peter Rossi helps patients weigh the pros and cons of different prostate cancer treatment plans but says the ultimate decision is up to them. 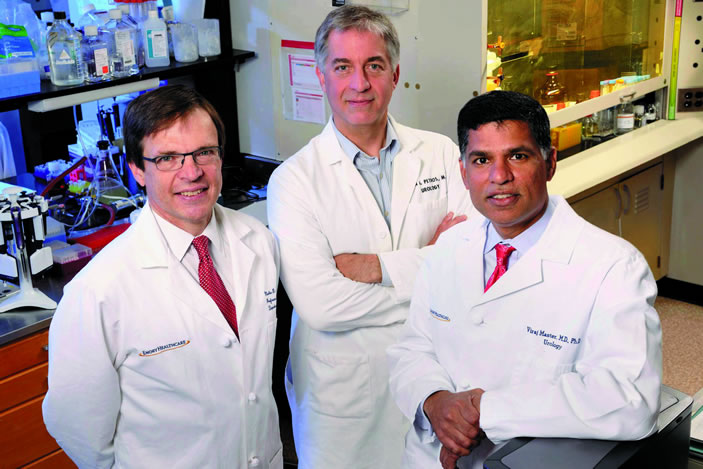 CancerQuest: An introduction to prostate cancer

At Emory's Winship Cancer Institute, urologists and cancer biologists are part of a nationwide effort to develop new blood and urine tests that could substantially improve detection and diagnosis of prostate cancer.

"Overall, the effect of PSA testing over the last few decades has been to drive down mortality from prostate cancer," says Martin G. Sanda, director of Winship's prostate cancer program and chairman of the Department of Urology at the Emory University School of Medicine. "The cost is that for every cancer detected where we save a man's life, we are detecting another, or two, that may not need to be treated."

A third to half of men who have a biopsy based on the PSA blood test are found to have prostate cancer, but only one in five of them has a cancer that is sufficiently aggressive to warrant treatment (those with a Gleason score of 7 or higher).

"Only a minority of cancers with a Gleason score of 6 will ever require treatment and that treatment can be deferred until the cancer becomes more aggressive," Sanda says.

Sanda and colleagues at other medical centers in the National Cancer Institute's (NCI) Early Detection Research Network have been examining whether two RNA markers from urine could predict whether a subsequent biopsy will display a Gleason score of 7 or higher.

A test for one of these markers, PCA3, a gene that is hyperactivated in prostate cancer, is already FDA-approved for men who are considering a repeat biopsy after an initial negative result. The other marker, called TMRPSS2-ERG or T2-ERG for short, is a DNA alteration that is present in about half of all prostate cancers.

In a study led by Sanda, a test looking for both PCA3 and T2-ERG was validated with more than 500 patients and confirmed in a separate group of 500 more across the country. Sanda says those two markers could reduce by one half the number of unnecessary biopsies that are done based on abnormal PSA results. While that's better than PSA alone, "there's still room for improvement," Sanda says.

Improvement could come from research being done by Carlos Moreno, John Petros, Kathryn Pellegrini and colleagues at Winship. They began with samples of tissue obtained after prostatectomy from 100 men treated at three medical centers, including the Atlanta Veterans Affairs Medical Center, and followed the patients' progress.

In a 2014 Cancer Research paper, Moreno's team was able to define a 24-gene signature for the cancers that are most likely to recur. This signature, which is more accurate than a commercially available panel at predicting recurrence, could be useful in guiding doctors in selecting treatment and imaging options, he says.

Working back to earlier stages of disease, the researchers are now looking for the same gene signature in biopsy and urine samples. In a pilot study with urine samples, the pattern of RNA markers could separate aggressive from slow-moving cancers, as indicated by later biopsy. The team is now planning larger studies.

"The signature could be useful at several points," Moreno says. "Eventually, we want to be able to provide prognostic information before surgery, or even tell a patient before a biopsy whether he really needs one."