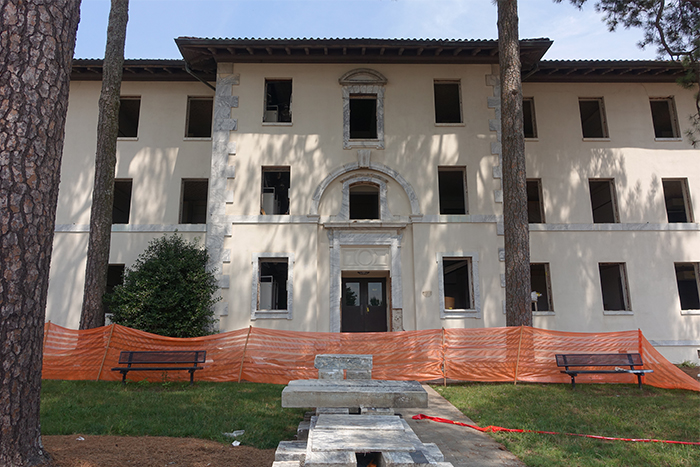 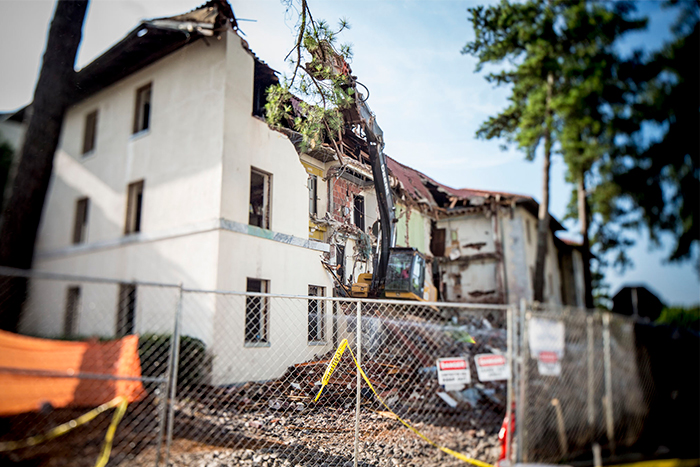 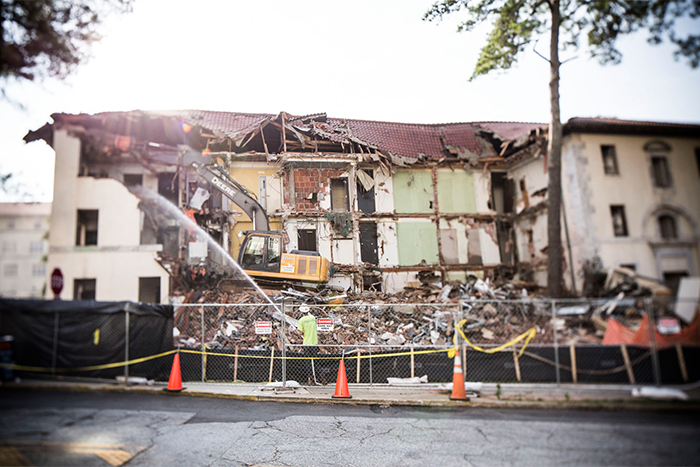 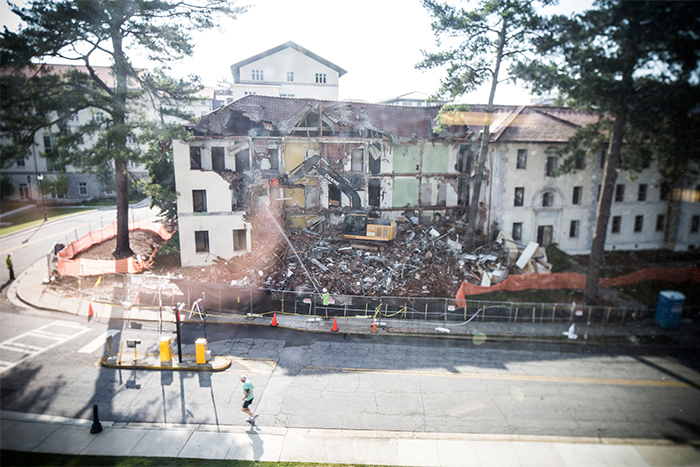 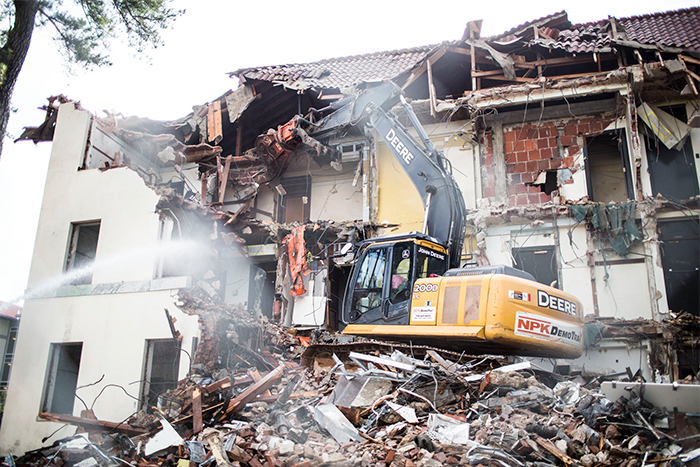 Completing the university housing master plan, 70-year-old McTyeire Hall is being torn down to help provide additional space for the future renovation of the Dobbs University Center.

The demolition of McTyeire Hall is currently underway, a project that will help provide additional space for the future renovation of the Dobbs University Center (DUC).

The removal of the 70-year-old residence hall marks the formal completion of the 2005 Emory University Housing Master Plan, which reflected four major themes:

The completion of Raoul Hall, a living/learning community with a focus on social entrepreneurship, was the final step in the creation of a new grouping of freshman residence halls— the freshman residential quad — just north of the DUC, says Glenn Kulasiewicz, program manager in the planning, design and construction division of Campus Services.

With expanded bed space gained through the new freshman quad, McTyeire Hall was no longer needed, according to Kulasiewicz. “That hall had become outdated and was in need of a lot of renovation,” he says. “In the end, it was decided that it was more cost effective to tear it down.”

The project, which began last week, will encompass building demolition, site grading and the addition of sidewalks and street lighting. Plans call for work to be completed before students return for Fall 2015 classes, although fencing may remain up for awhile to protect new grass plantings, he adds.

Once completed, the site will appear as an open green space, with a diagonal sidewalk across one corner for pedestrian use. When plans are finalized for a renovation of the DUC to create a revitalized Campus Life Center, the new design may spill over into part of that space, or it may be used as a staging area for storing construction materials, Kulasiewicz says. “A final use hasn’t been determined,” he notes.

Materials to be reused or recycled

While preparing for demolition, usable parts and pieces from the building’s mechanical system were salvaged for reuse by Campus Services. In addition, the marble steps and a number of marble features from the building have been removed and stored for use in future projects, Kulasiewicz says.

About 750 pieces of furniture — including beds, desks and dressers — were donated to the Furniture Bank of Metro Atlanta, which provides furniture for families and individuals moving out of homelessness, fleeing domestic violence, battling HIV/AIDS or struggling to make ends meet, says Jeff Tate, associate director of facilities and operations for Residence Life and Housing.

In addition, desk chairs were repurposed for campus fraternity houses and mattresses were recycled through Southern Nights Mattress Company, where they are typically used in homeless shelters or sold in nonprofit thrift stores as a refurbished product.

During demolition this summer, a chain-link fence that surrounds the site will close portions of sidewalks located directly in front of and behind the building. Signage near the entrance to the site will remind pedestrians to be aware of construction trucks coming and going from the area.

Editor's note: This article, originally published June 16, was updated June 22 to reflect the start of demolition.