Diagnosing autism: The earlier the better 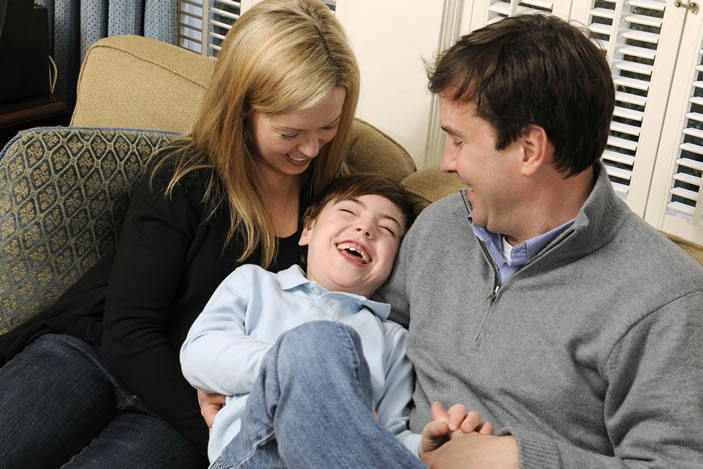 "Anna and I had loved him since he came into our family at five days of age," says Walt's father, Walter Deriso III, "but we had no relationship with him." The situation has changed for the better since Walt came to Marcus Autism Center. 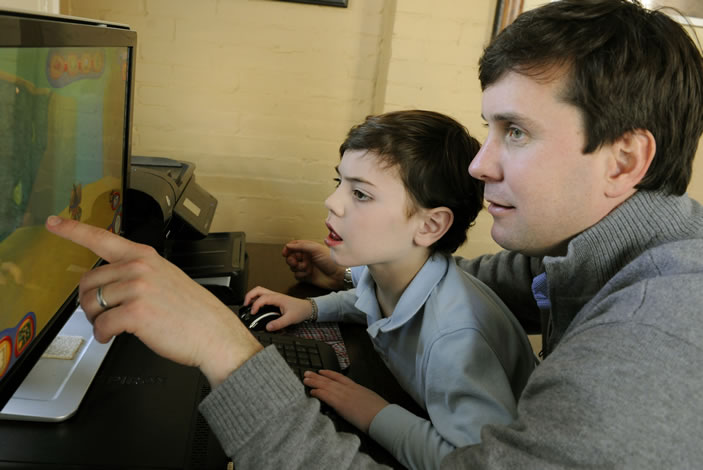 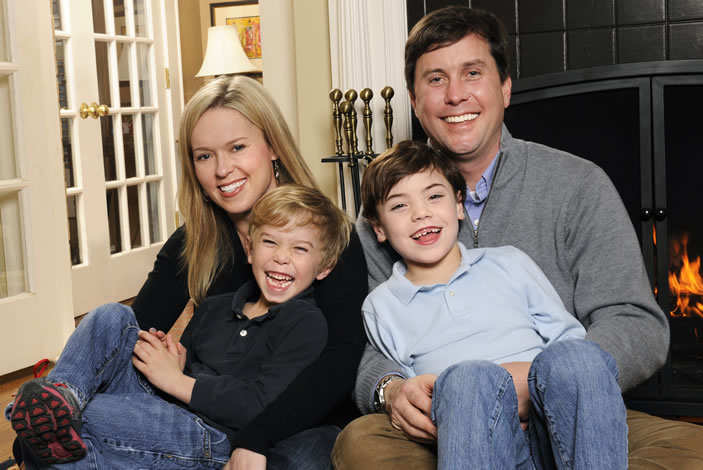 Walt Deriso III is senior vice president at Atlanta Capital Bank. Anna Deriso is a nurse practitioner. Having a child with autism is the third job in the family. 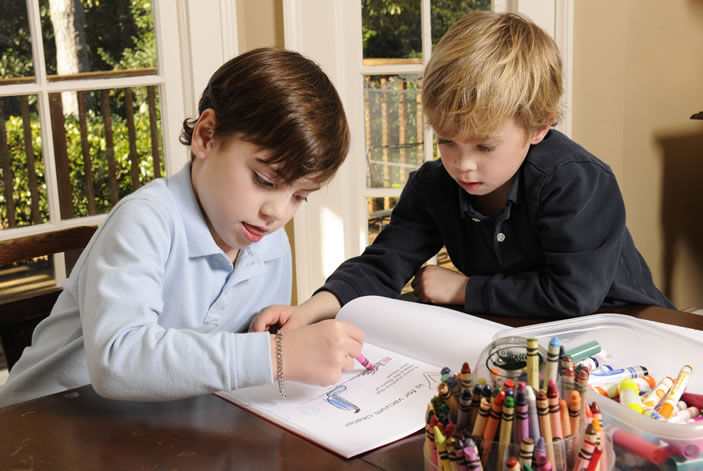 Henry Deriso (right) is a "wonderful little big brother," who learned empathy at an early age, say his parents. If someone makes a remark about brother Walt, the six-year-old patiently explains what autism is, and he often defends other children with disabilities. 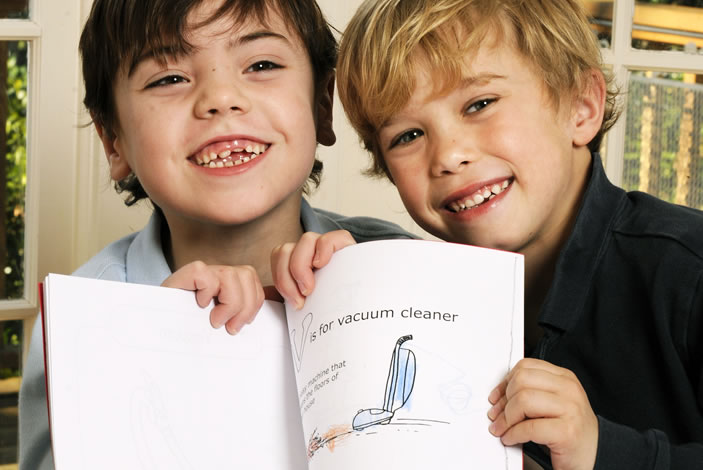 The world fascinates Walt (left), even if in a very different way from his younger brother Henry. 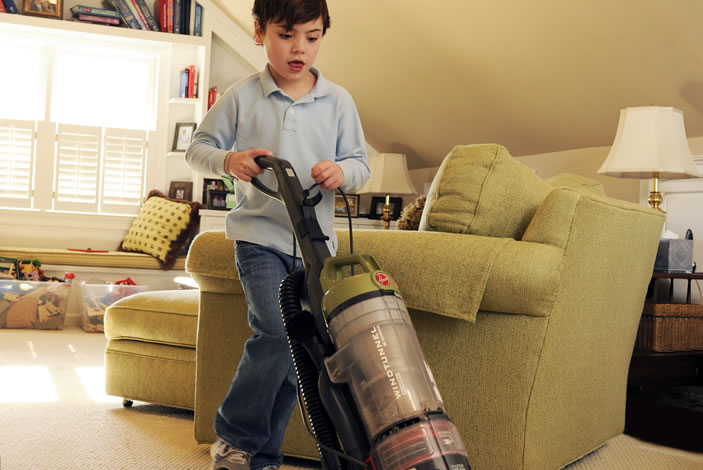 Little Walt’s current passion is vacuum cleaners, on which he is an expert. 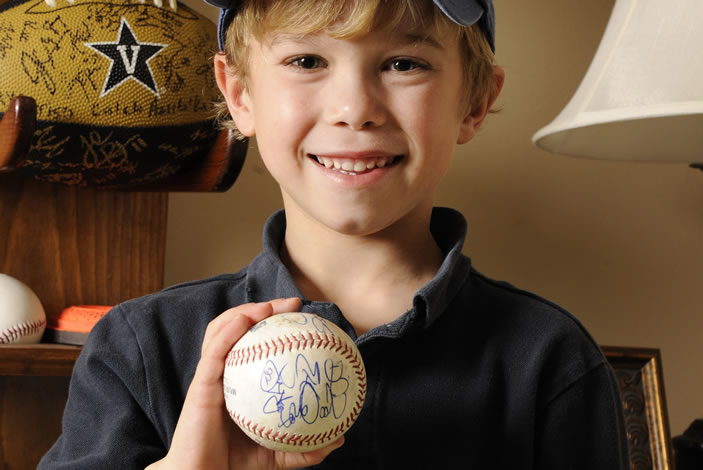 A typical five-year-old, Henry shares his parents’ love of sports, closely following the Atlanta Falcons and all the teams at Vanderbilt, the family’s alma mater.

Walt Deriso and his wife adopted their first son when he was five days old. Two years later, he was diagnosed with autism. According to Walt, his family journey has not only made him a better parent, but also a better person.

The story of Samuel, a young boy diagnosed with Fragile X syndrome participating in a clinical trial at Emory. Fragile X is the most common known single-gene cause of autism and the most common inherited cause of intellectual disability.

The Emory Autism Center offers the largest staff of specialized autism providers in Georgia, offering diagnosis, family support, and treatment and serving as a vital source of training. Visit the center's web site or call 404-727-8350.

The Marcus Autism Center, an affiliate of Children’s Healthcare of Atlanta, diagnoses and treats children with a wide range of neurologic problems, including autism spectrum disorders. Staff work with parents to find ways to help children cope with their disability, including carefully managed therapy to teach children to circumvent barriers posed by the disability. Information at Marcus.org, 404-785-9400.

To contribute to autism research and programs at Emory, contact Margaret Lesesne, director of development for clinical programs, at margaret.lesesne@emory.edu, 404-778-4632.

When five-year-old Walt Deriso finally made it to the top of the waiting list at the Marcus Autism Center, he spoke only three words. He wasn't toilet trained. Distraught, often enraged, he threw tantrums. He ran away.

"Anna and I had loved him since he came into our family at five days of age," says his adoptive father, Walter Deriso III, "but we had no relationship with him."

When the therapists and staff at Marcus first encountered the young boy, they encouraged him to put the things that interested or scared him on paper. Although seemingly disengaged, he drew happy scenes from a recent family vacation at the beach, perfectly spelled out words from a favorite video, and portrayed faces that showed different emotions. The therapists used the drawings as a springboard to work on Walt's lack of speech and behavioral issues and to help his parents build a relationship based on what their son was curious about.

"Our challenge," says his father, "the challenge of all parents of children with autism, was to figure out how to connect with him, to make him care enough to come into our world so we could help him use his gifts."

When intensive applied behavioral therapy did open that world to Walt, it turned out that he had a lot of emotional and intellectual gifts on which to draw. Four years later, the energetic nine-year-old is quick to grin, chatter, tell his parents he loves them, and enthusiastically hug visitors. In fact, the lessons in expressing affection have worked a little too well, and his parents are working to fine-tune the behavior. "He has to learn not to embrace every pizza delivery man!" says his mom, Anna Deriso.

The world fascinates Walt, even if in a very different way from his younger brother Henry. A typical five-year-old, Henry shares his parents' love of sports, closely following the Atlanta Falcons and all the teams at Vanderbilt, the family's alma mater. Little Walt's current passion is vacuum cleaners, on which he is an expert. Last year, to his parent's complete bewilderment, UPS delivered a new vacuum cleaner to their doorstep. Their oldest son, who only three short years earlier was unable to talk, much less read, explained how he had used his mom's credit card to order the vacuum cleaner on amazon.com. He had selected the one with the highest rating and asked for one-day delivery.

Walt attends school at the Marcus center five days a week, six hours a day, in addition to private speech therapy, occupational therapy, and special swimming exercises—"more hours than most adults work per week," says his dad. And if Walt works hard, so do his parents. Walt Deriso III is senior vice president at Atlanta Capital Bank, where his father and Walt's granddad, Walter Deriso Jr., an Emory Trustee, is chairman. Anna Deriso is a nurse practitioner. Having a child with autism is the third job in the family—requiring hours of therapy and mountains of paperwork. But since Georgia is one of the states that covers little in the way of autism care, neither of Walt's parents has the luxury of not working.

The Derisos also feel a commitment to help others as they have been helped. Every week, they talk by phone or in person with parents who have a child who may have autism. They are active in the national nonprofit Autism Speaks, and they raise money for scholarships at the Marcus Center, where Walt III serves on the board and where tuition for one-on-one treatment costs more than a year at Harvard.

It's hard, admits Deriso, but "it's worth every minute, seeing the progress that Walt is making."