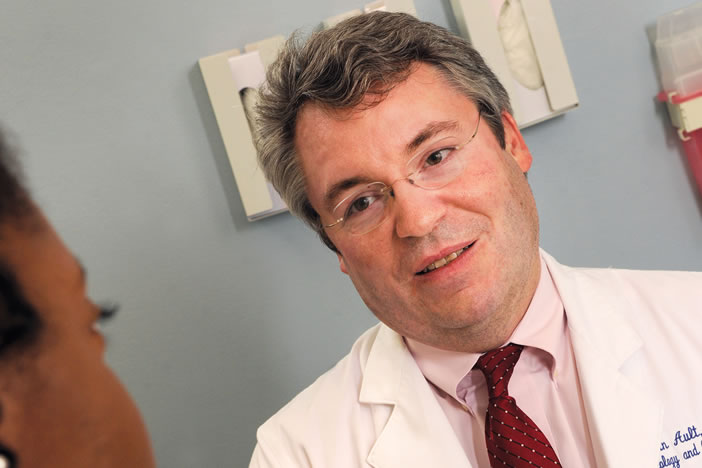 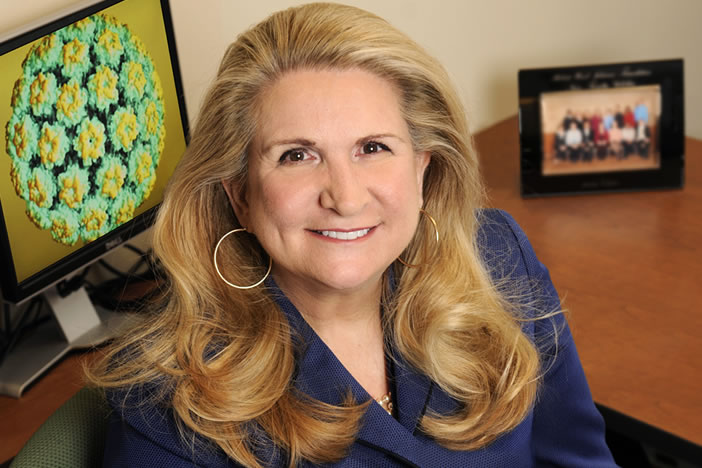 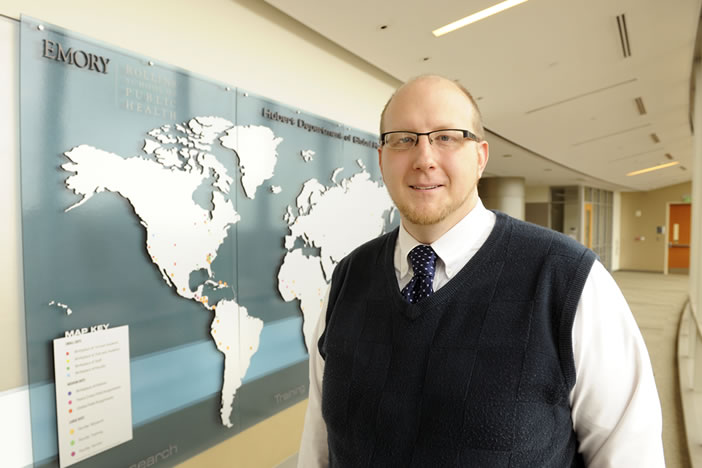 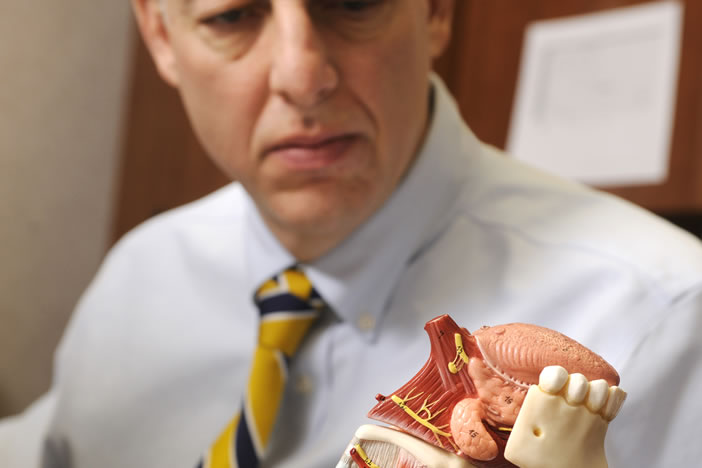 Jonathan Beitler is researching the connections between HPV and throat and neck cancer. Related Story: "It takes a team to battle head and neck cancer"

Emory researchers are answering important questions about HPV and its controversial vaccine.

Take home message for all women: cervical cancer is a preventable disease Jan. 29, 2013

What is causing a surge in HPV infections associated with head and neck cancers in white men?

Will an HPV vaccine received at age 11 last long enough to protect women in their 40s when cervical cancer tends to strike?

In the fight against HPV, Emory gynecologist Kevin Ault is taking the long view.

Most cervical cancers are caused by two varieties of HPV (human papillomavirus), and a vaccine approved in 2006 can protect against both of them. Still, the long-term effectiveness of the vaccine is unknown.

"Let's say a girl in her early teens, someone like my daughter, gets the vaccine," Ault says. "But the average age of diagnosis for cervical cancer in the United States is the early 40s. The vaccine's shield has to last for decades for it to actually protect her against disease."

HPV itself is a wily adversary. Most people who become infected with HPV do not know that they have it. At least 80% of sexually active men and women carry the virus at some point in their lives, but in most cases, the immune system clears the virus from the body. Researchers have found that the virus hides in "crypts" in the cervix, anus, tonsils, base of tongue, and throat. More than 40 types of HPV can infect both men and women. Two types, HPV-16 and HPV-18, have been shown to cause cervical cancer, as well as most anal cancers and some vaginal, vulvar, penile, and head and neck cancers.

Ault is leading an NIH-funded study at Emory that looks at how long vaccine recipients maintain "immune memory." That is, how long does the immune system stay ready to fight the virus after receiving the vaccine? Study participants are healthy women between the ages of 18 and 26, who will be followed for three years. The research takes into account women who have received two rather than the recommended three doses of the HPV vaccine.

Ault says recent findings about the pertussis vaccine may shed light on the long-term effectiveness of the HPV vaccine. In the 1990s, children in the United States began receiving a newer version of the pertussis vaccine that had fewer side effects than the original version. Researchers at Kaiser Permanente recently showed that immune protection fades faster with the newer vaccine, waning substantially five years after the last shot. They suggest that this lack of protection may be a contributing factor in the largest reported outbreak of pertussis in 50 years, which occurred in 2012.

"We wouldn't want people to rely on something that lasts a relatively short time," Ault says. His study will give clues on whether patients will need periodic HPV booster shots, like those for tetanus.