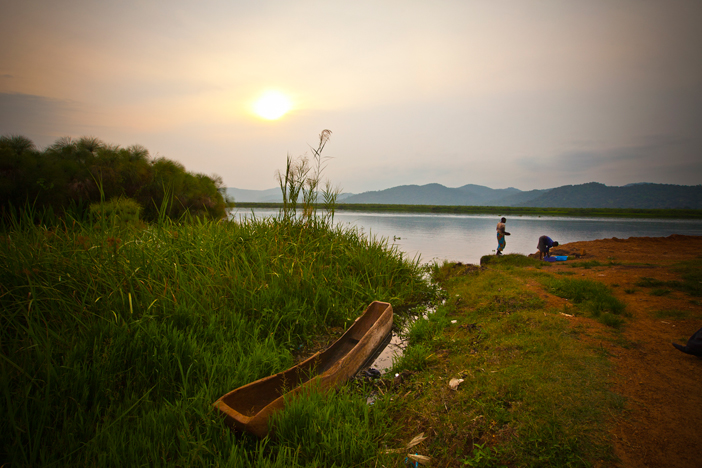 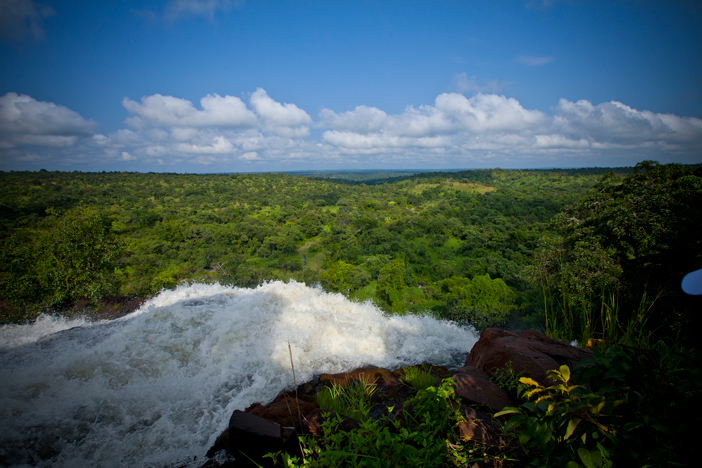 Black flies breed at sites such as the picturesque Aru Falls. 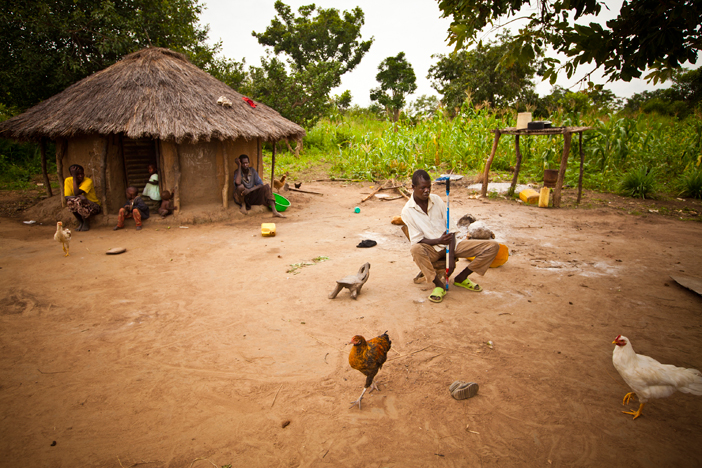 Ojok Charles lost his sight completely after he became severely infected with the river blindness parasite in 2008. His district, Pader, began receiving treatment for the disease the following year. 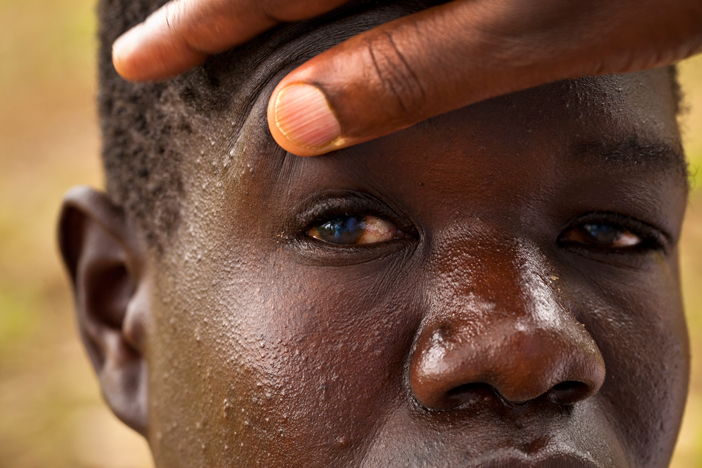 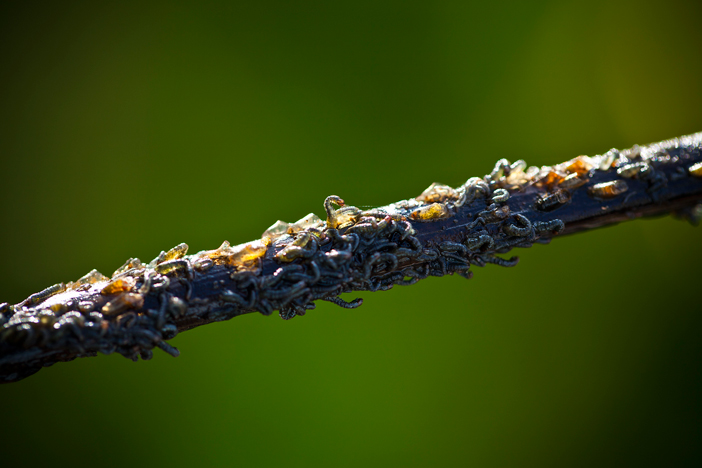 Black fly larvae cling to underwater vegetation, developing until they eventually take wing and break the surface as adult flies. 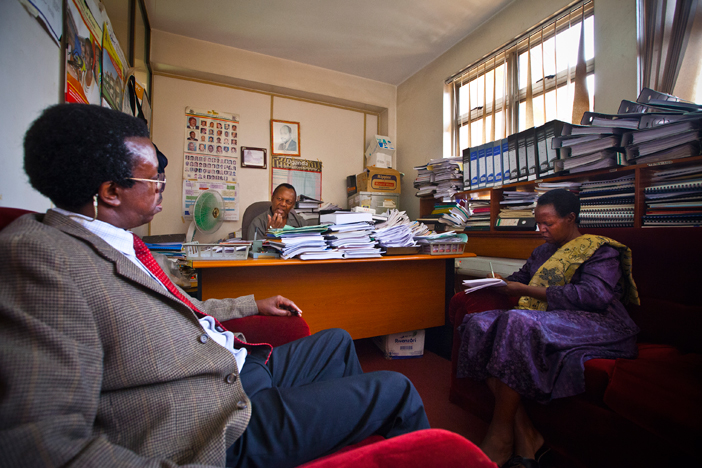 The Carter Center's Moses Katabarwa (on left) and Peace Habomugisha (right) met in July with Dennis Lwamafa of the Ministry of Health to discuss the progress of the river blindness elimination program. 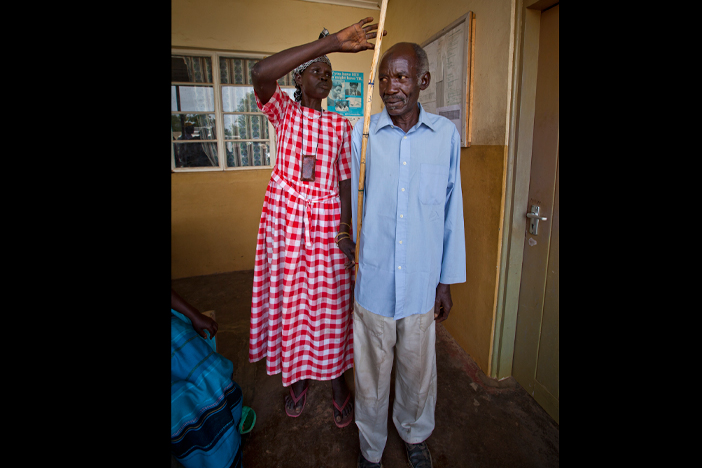 Asio Adaladiza, health center supervisor (on left) demonstrates how to measure a patient for the correct dose of Mectizan with Chandia Grace, a community drug distributor in Uganda's Moyo district. 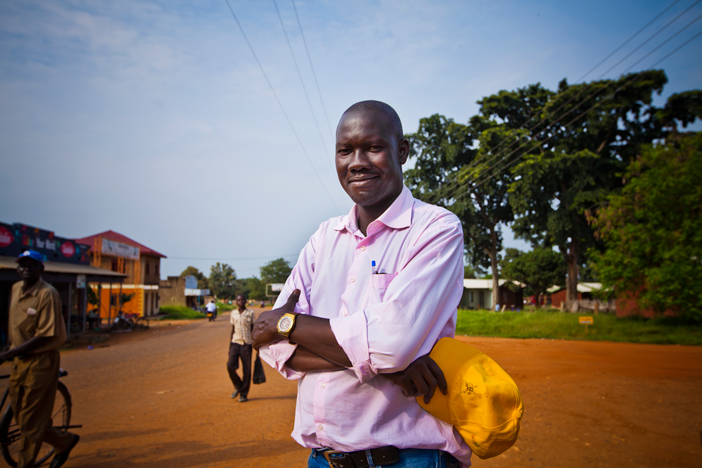 In fourteen years as district health coordinator for the Moyo and Adjumani districts, Nicholas Ogweng has seen the incidence of river blindness in his area drop from 90 percent of the population to 0.2 percent. 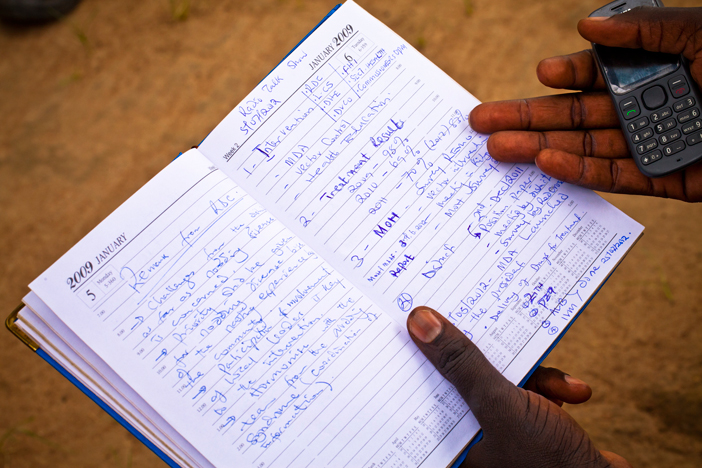 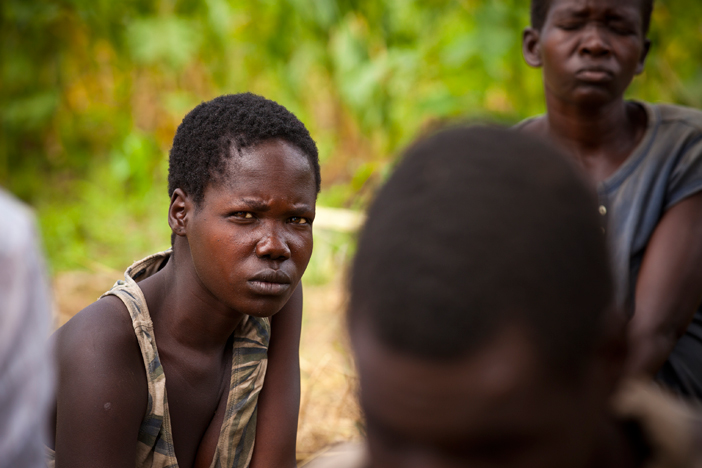 Piloya Gladys had to leave school when her vision was affected by river blindness and she could no longer read; now, at seventeen, she is unmarried and has a small child.

In 2007, Uganda announced a bold plan to eliminate river blindness by 2020. The Carter Center’s Moses Katabarwa, a 1997 graduate of the Rollins School of Public Health, has been in the battle from the beginning — and he believes they’re going to win.