Thomas Lawley: The legacy of a dean 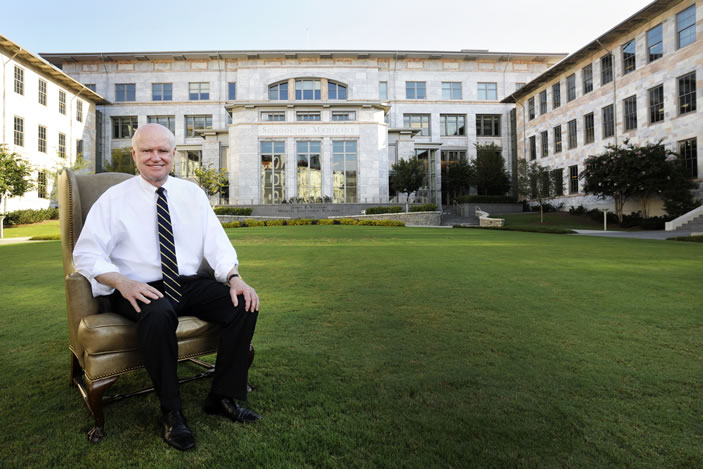 Dean Tom Lawley. Before becoming dean, Tom Lawley had already shown his talents as chair of dermatology for eight years. 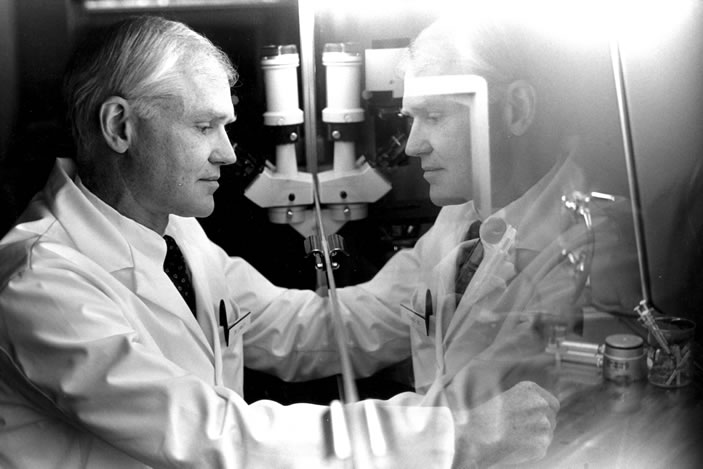 In the dermatology lab where he studied microvascular endothelial cells 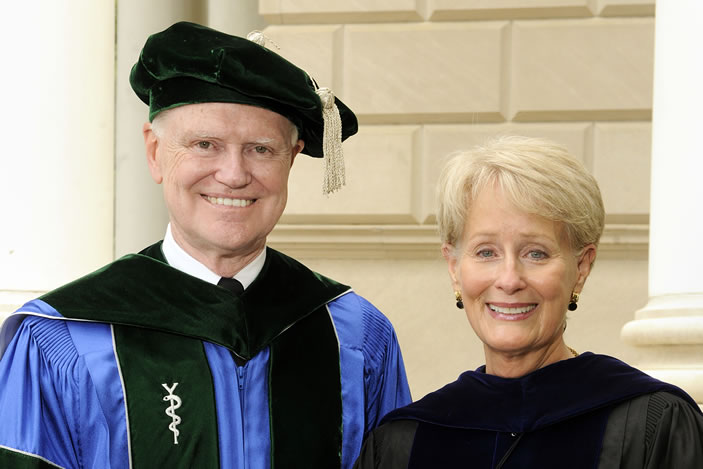 With Claudia Adkison, former executive associate dean of the School of Medicine 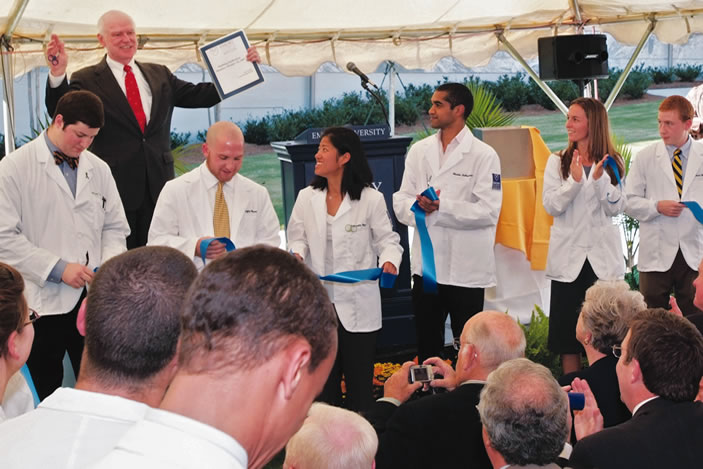 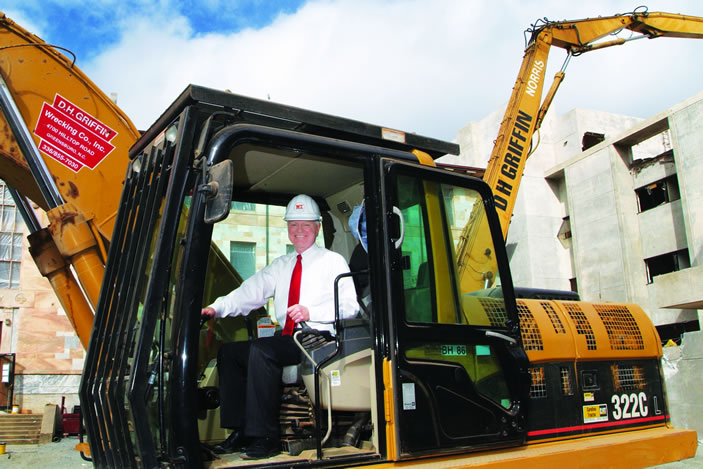 Tom Lawley on demolition day of the old building 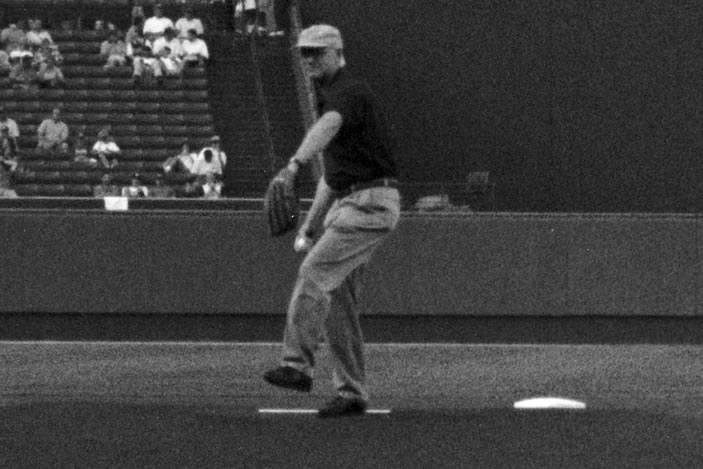 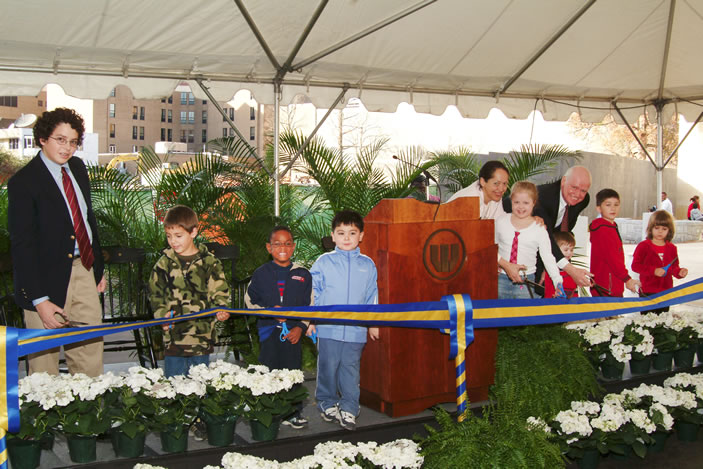 In 1997, the Emory-Children's Center opened. Lawley postponed his own medical education building in favor of the pediatric building. Faculty had been working in WWII-era trailers. 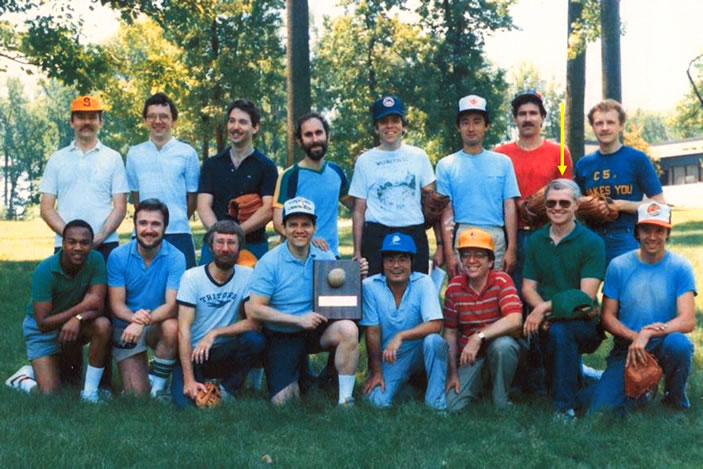 Tom Lawley playing baseball at the National Institutes of Health 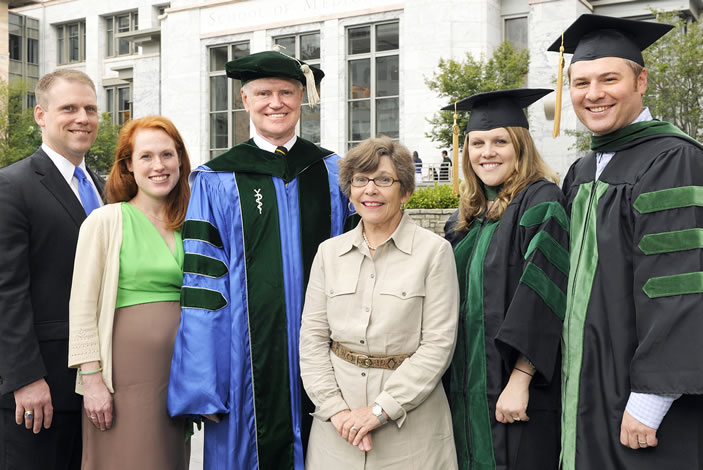 Left to right: The Lawleys' son Tom and his son's wife, Lesley; Lawley and his wife, Chris; daughter Meg, and her husband, David Goldsmith. Another son, John is not shown. 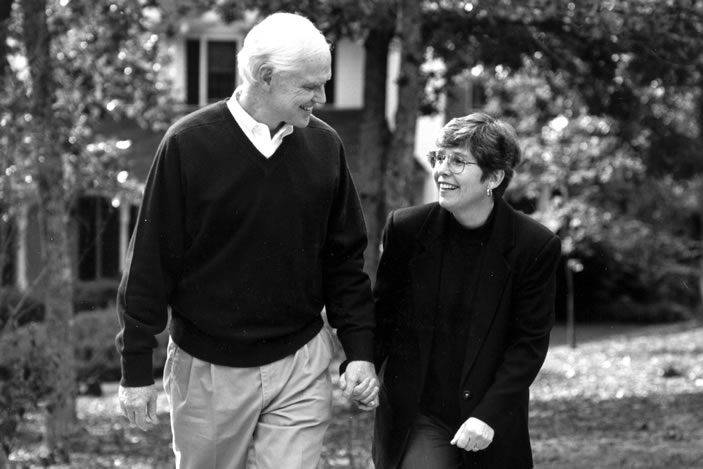 Tom Lawley with wife Chris in 1996

As a kid, Lawley's ambition was to play second base in the major leagues. Then he became fascinated by the grace and skill with which a teammate's physician father tended to players' lacerations and other injuries.

The Emory University School of Medicine opened the doors of a gleaming, new medical school building in 2007.

Thomas Lawley to step down as School of Medicine dean next year Nov. 14, 2011

History of the Emory School of Medicine

Tom Lawley is stepping down this fall after a 16-year run as dean of the medical school. Along the way he crafted a national presence for a once regional school.

His legacy includes a five-fold rise in research funding; a new curriculum; a doubling of faculty size; six new departments; more than 1 million square feet of new clinical, teaching, and research space; and an uncommon spirit of collegiality. At Emory, chairs actually like each other.

Before becoming dean, Tom Lawley had already shown his talents as chair of dermatology for eight years. When he arrived on the scene in 1988, the department was in bad straits. There were only three faculty, and research funding had tanked. It had nowhere to go but up. Lawley smoothly guided its rise. By the time he left the chairmanship, the department had grown into the country's third highest in National Institutes of Health funding and employed 18 faculty.

The dean of the medical school had noticed. He told Lawley that a successful chair sooner or later would want to become a dean, so why not work alongside him for a while to learn the game from the inside? Lawley laughed. "Why would I want to do that? You have the worst job in the world." But ever loyal, he took on additional responsibilities as executive associate dean and then, after the dean left for another school, as interim dean.

"At that time, the medical school was a sleeping giant," Lawley says. "It was just beginning to wake up to how good it could be, to realize it had the potential and the resources to become a national leader."

Michael Johns, then the new executive vice president for health affairs, believed Lawley was the man who could take the school there. Lawley had a strong NIH research pedigree, was a respected clinician, had proven his ability to attract and retain faculty who liked and trusted him, and bested a series of top-notch national candidates who auditioned for the role.

Looking back, Johns, who just retired as Emory's chancellor, says Lawley's ability to develop strong, trusting professional relationships and his integrity—the first word colleagues use to describe him—proved indispensable in the years ahead, as did his fabled calm temperament. In a time of change, when he was about to launch a blueprint for research, or even more so in time of turmoil, as the school would face with changes in its clinical practice and the near-demise of Grady Memorial Hospital, Lawley maintained his quiet confidence, conveying his belief that steady, sustained effort would pull the school through any problem.